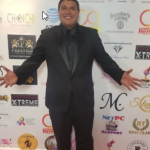 Carlos Siqueira is a certified Accelerated-Performance Mentor, Consultant to Celebrities and Millionaires and Inspirational Speaker. He has mentored entrepreneurs and individuals worldwide, from all backgrounds. He helps his students and clients overcome their challenges, redefine their way of thinking, and achieve previously unattainable success.

Siqueira started from the most humble of beginnings—selling bread off the back of his bicycle in his native country Brazil. He was surrounded by poverty and violence daily, but it never stopped him from dreaming and thinking big.

At age 18 Carlos and his mother immigrated to America with only $800 between them. But only a few short years later Siqueira become a top sales executive at a Fortune 100 company. He was an elite president’s club member and delivered 250% of his sales goals each year.

But after a personal situation caused Siqueira to re-evaluate his life, he quit his position as an executive and became a coach and speaker.

Since striking down this new path, he has trained and worked with some of the most notable speakers and coaches in the industry.

Notably, his mentors include Tony Robbins, Les Brown, among other top consultants and trainers behind the biggests brands in the world.